From September 2015 a new railway line, which connects Gdansk Wrzeszcz with Lech Walesa Airport in Rebiechowo, has operated in Pomerania.
Ultimately, Pomeranian Metropolitan Railways will not only connect Gdansk and Gdynia with the Airport, but will also ensure convenient access
to the Tricity for the people of Kashubia, this will be a public transport revolution for the Tricity and Kashubia. The investor responsible for
construction of the railway line is Pomorska Kolej Metropolitalna S.A., acting on behalf of the Pomeranian Voivodship.  Pomeranian Metropolitan Railways (PKM) is the first, in almost 40 years to build a railway line from scratch in Poland.  It is also the first railway line in Poland that was not constructed by PKP, but by a voivodship government. Undoubtedly, the advantages of setting up Pomeranian Metropolitan Railways are enormous: the new railway stations will contribute to the investment potential of the land nearby for housing and services, thanks to PKM the influence of the Tricity on the south-western part of the urban agglomeration, including Kartuski and Koscierski Poviats increases, Pomeranian Metropolitan Railways will provide the inhabitants of the areas located further from big cities with faster access to work and school. The PKM line will become an attractive alternative to road transport. Interchanges have been built near most PKM stations, this gives passengers the opportunity to drive to the station before leaving their cars in the parking lot and continuing their journey using a fast and comfortable means of public transport.
“In the future, nobody will be able to imagine transport in our region without PKM and the properties along the new line, which are undeveloped today, will quickly become local hubs and vibrant new urban districts.” -  said Mr Mieczysław Struk, the Marshall of the Pomeranian Voivodship. 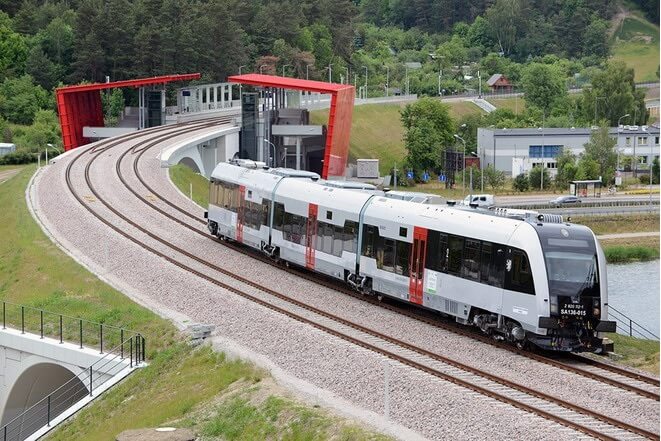