Galeria Metropolia is a multifunctional, five story mall building of over 34 000 sq.m that is currently under construction in the centre of the Wrzeszcz district of Gdańsk, beside the railway station. It will have street entrances on Nad Stawami and Kilińskiego as well as direct access from the railway platforms, the rapid transit station and the bus station. This investment by the Górski construction company began in Q3 2013 with a planned opening date in Q1 2016. The area of the mall will be divided into five elements: shopping, food court, entertainment, offices and hotel. There will be approximately 150 premises and 6500 sq.m of office space available for renting by tenants for different uses. The Metropolia hotel will consist of 135 rooms fit for even the most demanding of clients. Stages 1 and 2 of the construction process have reached the advanced works stage, with wiring being laid, partition walls constructed, and cladding works erected. The target height of the building has been reached, construction of the hotel section has started, and the northeast wing of the mall has two levels and a roof, where a car par will be built. At the same time, the sales and service area is being commercialised. The investor is negotiating contracts with tenants from the food, interior design, sports and other industries. The main tenants are: Alma delicatessen (2000 sq.m), and Piazza di Moda, Tom and Paul’s and Zadimo clothing stores. The entertainment section will feature a seven-screen Helios cinema and 1000 sq.m children's zone. 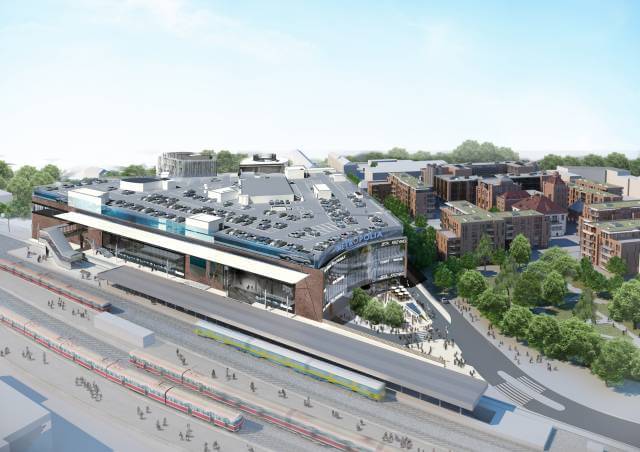