CONVERSION OF THE FURNISHING CENTRE AT AL. GRUNWALDZKA IS UNDER WAY

A modern City Meble home and décor shopping centre is being constructed on al. Grunwaldzka, the primary route through Gdansk for the Tricity. It is to be the largest furniture and interior design store in the north of Poland. Since the pre-war period this location had been connected with the furniture industry, featuring the Oikos furniture shop and Ernst’s parquet floor shop. After the war the Gdanska furniture factory opened here, followed in the 1990’s by the Top Shopping furniture centre. Its current owner, City Pro, has taken steps to ensure that full advantage is made of the potential this venue offers. The conversion includes making a feature of its distinctive façade, as well as creating a functional interior and an interesting arrangement of the common areas. The owner has ensured that it will offer a unique and careful selection of brands and tenants. The area is to cover more than 20 thousand m2 and comprise about 100 premises, creating a one-stop furniture and décor store. The tenants include: KLER, Primavera Furniture, Novelle, Dla Spania, Selene, Hever, Senpo, Top Materace 24, PS3 Studio, ABC Lazienki, This Is Wood, Kupper Glass, Luxprint, Evander Beton, Grant, Aredo, PS3 Studio and Studio Kuchenne Orzech. Apart from stores, the centre is also to feature cafes and restaurants. The City Meble home and décor centre is a combination of shopping centre and Inspiration Zone, a creative space for designers and architects, as well as a venue for regular events, workshops and business meetings. An unquestionable asset of the building is its location in the direct vicinity of public transport stops, including for trams, the S-train (SKM), and PRM (PKM). The building will have about 300 parking spaces available for customers, as well as dedicated and monitored bike shelters. The grand opening of the City Meble home and décor centre is scheduled for the first quarter of 2017. 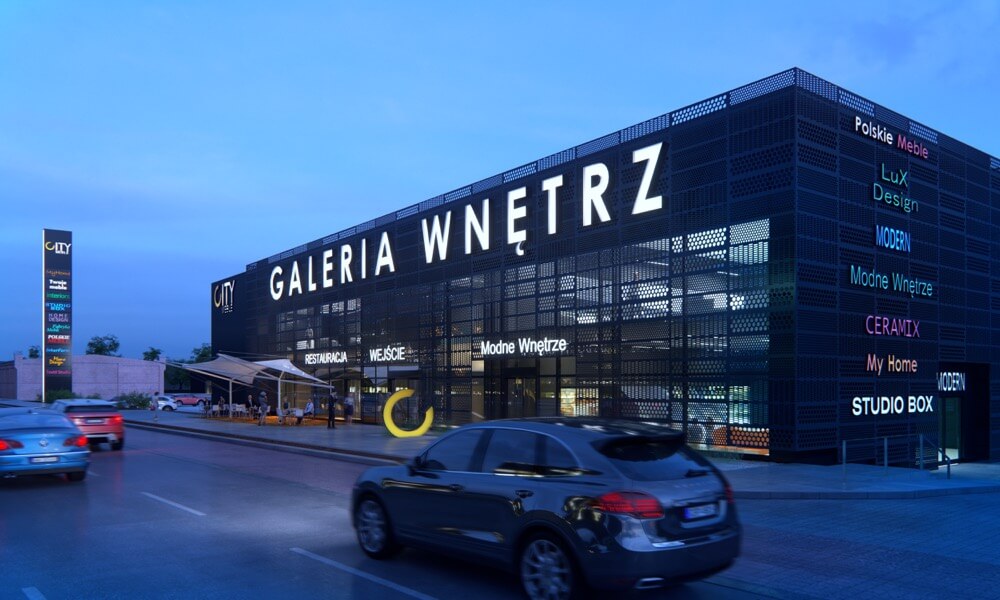